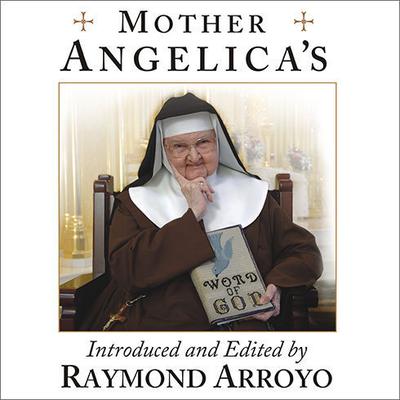 Mother Angelica's Private and Pithy Lessons from the Scriptures

Introduced and edited by  Raymond Arroyo
Read by Lorna Raver

The founder of the world's largest religious media empire shares her beloved wit and down-to-earth spirituality in Mother Angelica's Private and Pithy Lessons from the Scriptures. Editor Raymond Arroyo draws on hundreds of never-before-released private lessons to present the renowned nun's definitive take on the Good Book. Angelica provides readers with guided meditations and probing personal questions, and unearths an often-overlooked practical spirituality. She doesn't just explain the stories, she relates them to our daily lives, helping even those who've never opened the Bible appreciate its power and life-altering lessons. The apostles Paul (the little shrimp), Peter (that great bungler), and all the characters of the scriptures are suddenly human again, complete with their foibles and triumphs. Here is the Greatest Story, newly told as only Mother Angelica can. The Bible and you will never be the same.

Raymond Arroyo is an internationally known, award-winning journalist, producer, and bestselling author. He is a news director and lead anchor for EWTN, the Eternal Word Television Network, where he is known for his penetrating interviews of world leaders. His work published in such major publications as the Wall Street Journal, Washington Times, Newsweek, and National Review. Arroyo’s biography of Mother Angelica, the founder of EWTN, was a New York Times bestseller, as were each of his later books.