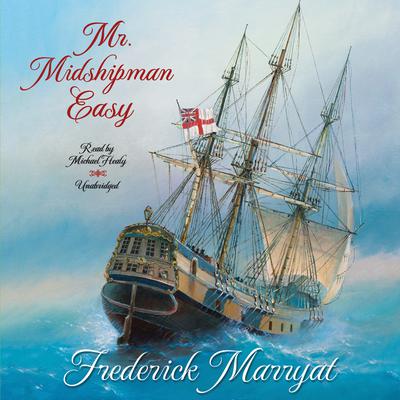 At fourteen the unworldly, idealistic Jack Easy leaves the luxury of his father's estate in England and sails into a world of action and adventure aboard the sloop of war HMS Harpy. At first Jack finds it hard to stomach the discipline of naval life and, with his mischievous sense of humor, is always getting himself into scrapes. But soon he is bravely taming a band of mutinous seamen, outwitting a wily and murderous Sicilian nobleman, and breathing the smell of gunpowder and raw steel as the Harpy chases Spanish ships on the Mediterranean.

This neglected 1836 classic is both a rousing adventure story and a profound coming-of-age tale written with great skill and humor.

“This was Marryat’s navy, his world, and no one brings it to us with greater authenticity.” —Alexander Kent