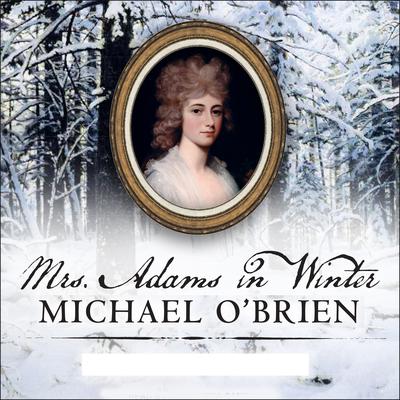 Mrs. Adams in Winter: A Journey in the Last Days of Napoleon

Early in 1815, Louisa Catherine Adams and her young son left St. Petersburg in a heavy Russian carriage and set out on a difficult journey to meet her husband, John Quincy Adams, in Paris. She traveled through the snows of eastern Europe, down the Baltic coast to Prussia, across the battlefields of Germany, and into a France that was then experiencing the tumultuous events of Napoleon's return from Elba. Along the way, she learned what the long years of Napoleon's wars had done to Europe, what her old friends in the royal court in Berlin had experienced during the French occupation, how it felt to have her life threatened by reckless soldiers, and how to manage fear. The journey was a metaphor for a life spent crossing borders: born in London in 1775, she had grown up partly in France, and in 1797 she had married into the most famous of American political dynasties and become the daughter-in-law of John and Abigail Adams. The prizewinning historian Michael O'Brien reconstructs for the first time Louisa Adams's extraordinary passage. An evocative history of the experience of travel in the days of carriages and kings, Mrs. Adams in Winter offers a moving portrait of a lady, her difficult marriage, and her conflicted sense of what it meant to be a woman caught between worlds.

Michael O’Brien is a professor of American intellectual history at the University of Cambridge. He is the author of Conjectures of Order: Intellectual Life and the American South, 1810–1860, which won the Bancroft Prize and was a finalist for the Pulitzer Prize in History.