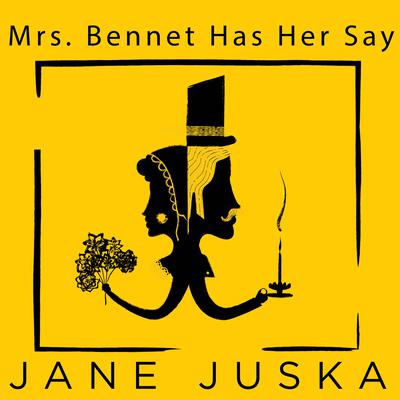 Mrs. Bennet Has Her Say

It is a truth universally acknowledged that every man in possession of a wife must be in want of a son.
1785 was to be the most marvelous year of Marianne's life, until an unfortunate turn of events left her in a compromised state and desperate for a husband to care—or rather cover—for her. Now, she is stuck in an undesirable marriage to Mr. Edward Bennet, a man desperate in his own way for a male heir. But as she is still carrying a smoldering desire for the handsome Colonel Miller, Mrs. Bennet must constantly find new, clever ways to avoid her husband's lascivious advances until she is once again reunited with her dashing Colonel. Except that the best-laid plans of a woman in good standing can so often go awry, especially when her contrary husband has plans and desires of his own . . .

Mrs. Bennett Has Her Say is, like its author, uproarious and savvy and wild. —Rebecca Makkai, author of The Borrower