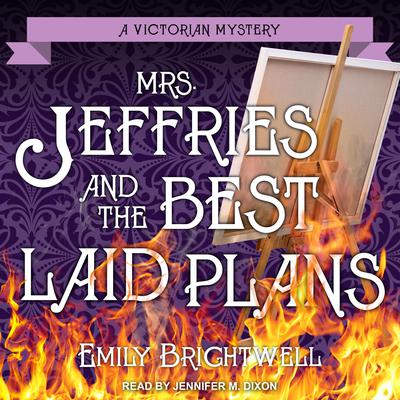 She keeps house for Inspector Witherspoon . . . and keeps him on his toes. Everyone's awed by his Scotland Yard successes—but they don't know about his secret weapon. No matter how messy the murder or how dirty the deed, Mrs. Jeffries's polished detection skills are up to the task . . . proving that behind every great man there's a woman—and that a crimesolver's work is never done.

A friendless old miser, banker Lawrence Boyd, is found dead at home. Called to the scene, Inspector Witherspoon is lucky to have Mrs. Jeffries's help—since the list of suspects includes just about everyone Boyd's ever met.