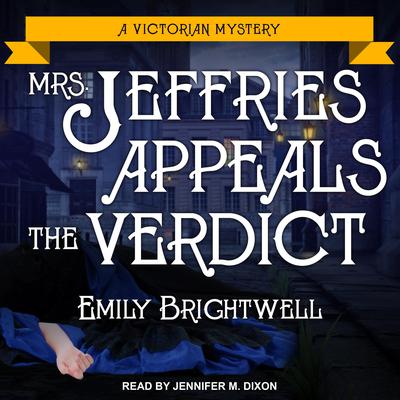 She keeps house for Inspector Witherspoon . . . and keeps him on his toes. Everyone's awed by his Scotland Yard successes—but they don't know about his secret weapon. No matter how messy the murder or how dirty the deed, Mrs. Jeffries's polished detection skills are up to the task . . . proving that behind every great man there's a woman—and that a crimesolver's work is never done.

After a perfectly decent local woman is killed during a robbery, the Witherspoon household receives a surprising visit from a stranger named Blimpey Groggins. He claims his best buddy was convicted of the crime. He also claims the peaceable chap didn't even know how to fire a gun. And considering he's to be hanged in three weeks, Blimpey's desperate to find the real killer. With the trail cold, the crime allegedly solved, and the evidence mucked up, Mrs. Jeffries and her belowstairs cohorts have their work cut out for them if they want to save an innocent man from the gallows.