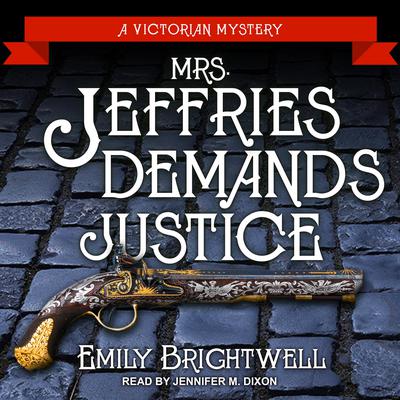 Mrs. Jeffries always keeps her friends close and now must keep an enemy even closer if she is going to catch a killer . . .

Inspector Nigel Nivens is not a nice man or a good investigator. In fact, he's terrible at his job and has always done everything he can to make life difficult for Inspector Witherspoon. But even his powerful family can't help him after he maliciously tried to hobble Witherspoon's last homicide investigation. He's been sent to a particularly difficult precinct in the East End of London as penance.

When a paid informant is found shot in an alley, Nivens thinks that if he can crack the case, he'll redeem himself and have a much-needed chance at impressing his superiors. But there's one big problem with his plan—Niven's distinct antique pistol is found at the scene of the crime and even more evidence is uncovered that links the Inspector to the murder.

Despite their mutual dislike for Nivens, Mrs. Jeffries and Inspector Witherspoon know the man isn't a cold-blooded killer. Now they'll just have to prove it . . .