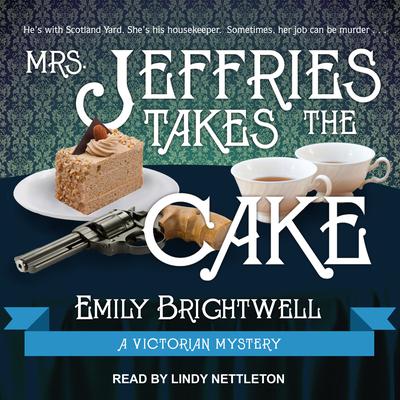 The evidence was all there: a dead body, two dessert plates, and a gun. Could it be that Mr. Ashbury was sharing his cake with his killer? The old bloke had enemies galore—even his own daughter disliked him. Mr. Ashbury's son-in-law doesn't want Inspector Witherspoon asking questions. Of course this doesn't stop Mrs. Jeffries and her staff from snooping around.