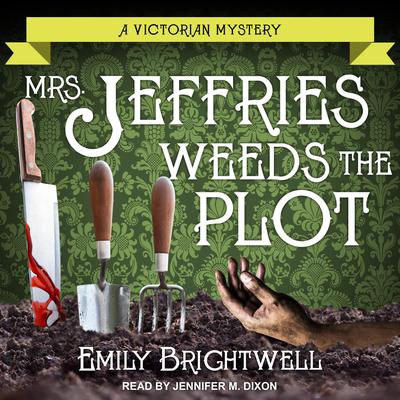 She keeps house for Inspector Witherspoon . . . and keeps him on his toes. Everyone's awed by his Scotland Yard successes—but they don't know about his secret weapon. No matter how messy the murder or how dirty the deed, Mrs. Jeffries's polished detection skills are up to the task .. . proving that behind every great man there's a woman—and that a crimesolver's work is never done.

A Bone to Pick

Eccentric Annabeth Gentry pretty much keeps to herself. Besides her recent inheritance—and the attention her bloodhound gets for digging up the body of a murdered thief—her life is in fact, rather dull. So why does she think that someone is trying to kill her? That's what Mrs. Jeffries and her staff has to find out. What they discover is a dead body next door, and three attempts on Annabeth's life. It sounds like there's a jealous dog in their midst. Mrs. Jeffries will have to sniff out some clues before the plot thickens . . .