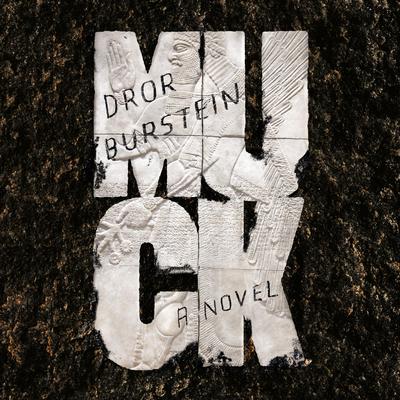 “Those who lament that the novel has lost its prophecy should pay heed and cover-price: Muck is the future, both of Jerusalem and of literature. God is showing some rare good taste, by choosing to speak to us through Dror Burstein.” ―Joshua Cohen, author of Moving Kings and Book of Numbers

In a Jerusalem both ancient and modern, where the First Temple squats over the populace like a Trump casino, where the streets are literally crawling with prophets and heathen helicopters buzz over Old Testament sovereigns, two young poets are about to have their lives turned upside down.

Struggling Jeremiah is worried that he might be wasting his time trying to be a writer; the great critic Broch just beat him over the head with his own computer keyboard. Mattaniah, on the other hand, is a real up-and-comer―but he has a secret he wouldn’t want anyone in the literary world to know: his late father was king of Judah.

Jeremiah begins to despair, and in that despair has a vision: that Jerusalem is doomed, and that Mattaniah will not only be forced to ascend to the throne but will thereafter witness his people slaughtered and exiled. But what does it mean to tell a friend and rival that his future is bleak? What sort of grudges and biases turn true vision into false prophecy? Can the very act of speaking a prediction aloud make it come true? And, if so, does that make you a seer, or just a schmuck?

Dramatizing the eternal dispute between poetry and power, between faith and practicality, between haves and have-nots, Dror Burstein’s Muck is a brilliant and subversive modern-dress retelling of the book of Jeremiah: a comedy with apocalyptic stakes by a star of Israeli fiction.