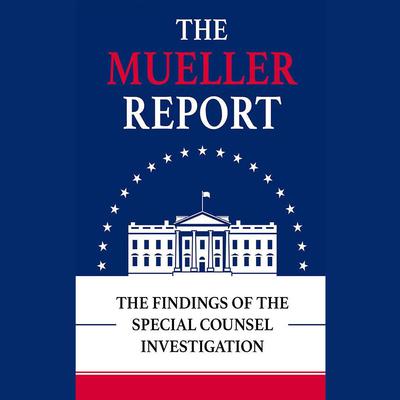 Mueller Report: The Findings of the Special Counsel Investigation

The wait is over. After a two-year investigation, the results of The Mueller Report have been released to the public. Now listen to an audio version of one of the most talked about government documents in history. These are the redacted findings of Special Counsel Robert Mueller and his team, which was tasked with investigating Russian interference in the 2016 United States elections, including exploring any links or coordination between President Donald J. Trump's 2016 presidential campaign and the Russian government.

Audible has a history of recording and distributing public documents. This includes The 9/11 Commission Report, The Starr Report, and Pope Francis' encyclical letter on climate change and inequality, Encyclical Letter Laudato Si' of the Holy Father Francis: On Care for Our Common Home.

Editorial notes: This audio recording identifies the sections of The Mueller Report that have been redacted by the Office of the Attorney General. When the narrators reach a section of the report that has been redacted, they will give one of the four reasons for a redaction that is specified in the report. Those reasons are the following: Grand Jury, Harm to Ongoing Matter, Investigative Technique, Personal Privacy. To aid the listener’s comprehension of the report, we have recorded footnotes that contain secondary pieces of information, which provide additional context to the events described. Finally, references to US Code, federal regulations, court cases and other legal and technical documents have been adjusted for brevity and listener clarity. We are providing a downloadable PDF for a full and complete reference.