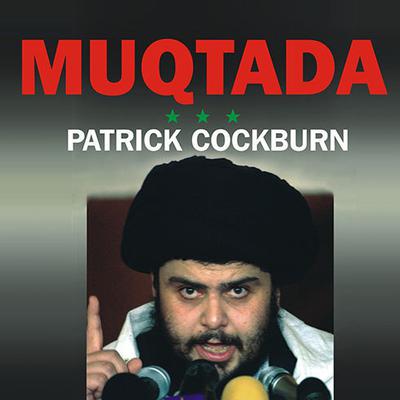 Muqtada: Muqtada al-Sadr, the Shia Revival, and the Struggle for Iraq

Whatever else the United States intended when it invaded Iraq in the spring of 2003, it was not to hand the country over to a 32-year-old militant cleric who fought against their presence from the start and whom former Iraqi administrator L. Paul Bremer III described as a "Bolshevik Islamist." Yet, as the occupation steadily disintegrates, the likelihood grows ever stronger that Muqtada al-Sadr, the black-turbaned leader of Iraq's poor Shiites, will take power when the Americans finally leave. In this compelling and narrative-driven account, Patrick Cockburn, one of the bravest and most experienced correspondents reporting from the war, tells the story of Muqtada and his extraordinary rise to become what Canadian journalist Naomi Klein described as "the single greatest threat to U.S. military and economic control of Iraq." In these pages, Cockburn looks at the young cleric's family background, in particular the assassination of his father and two brothers by Saddam's hit men, his leadership of the 70,000-strong Mahdi army, the links between his movement Hezbollah in Lebanon and the Iranian leadership, and his frequent confrontations with the American military, including the pitched battle in the cemetery of Najaf and the recent mass demonstrations demanding an end to the occupation. This is no dry, academic treatise. Cockburn's account draws on dramatic, firsthand dealings with the Mahdi army, including a tense encounter at a roadblock outside Najaf in which he was nearly killed. However, although it often reads like an adventure story, Muqtada! provides a vital analysis of a movement that will be critical to the future of Iraq after the Americans leave.

Patrick Cockburn, Middle East correspondent for the Independent, has been visiting Iraq since 1978. He was awarded the 2005 Martha Gellhorn prize for war reporting. He is the author of The Broken Boy, a memoir, and, together with Andrew Cockburn, Saddam Hussein: An American Obsession.