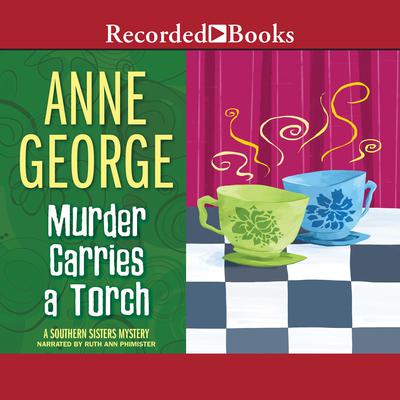 The Southern sisters have just returned from a trip to Europe, but they barely have time to get over jet lag before they are involved in another mystery. An anguished cousin has lost his wife to a snake-handling preacher, and when the sisters travel to a remote mountain settlemen to find her, they discover a corpse instead. An award-winning novelist and poet, Anne George has entertained millions of fans with her Agatha Award-winning mysteries.

“The eccentric characters and southern flavor should endear the book to cozy readers.” —Publishers Weekly
“The ‘southern sisters’ of Birmingham, Alabama, grow in depth and delight in their latest adventure.” —Booklist
“Reading about these southern sisters is like a visit with old friends…Excellent.” —RT Book Reviews (4½ stars)