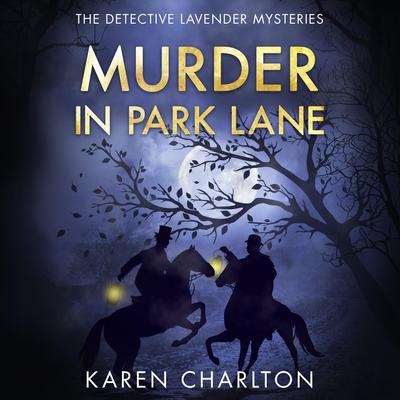 London, 1812. At a fashionable address in leafy Mayfair, a far cry from Detective Stephen Lavender’s usual haunts, a man is found dead in his room. He has been brutally stabbed, but the door is locked from the inside and the weapon is missing.

The deceased is David MacAdam, an Essex businessman with expensive tastes. As Lavender and Constable Ned Woods travel between London and Chelmsford seeking to understand MacAdam’s final hours and unearth the grisly truth, they uncover a tangled web of deceit behind his stylish facade. The unusual circumstances of MacAdam’s death are nothing compared to the shady nature of his life and it seems the house on Park Lane is at the heart of a dark conspiracy.

But when a second body turns up, everything they think they’ve learned is thrown into doubt. Can Lavender and Woods find out who’s behind these shocking murders before more lives are ruined?

Karen Charlton writes historical mysteries and is also the author of a nonfiction genealogy book, Seeking Our Eagle. She has published short stories and numerous articles and reviews in newspapers and magazines. A former teacher, she has led writing workshops and has spoken at a series of literary events across the North of England, where she lives.