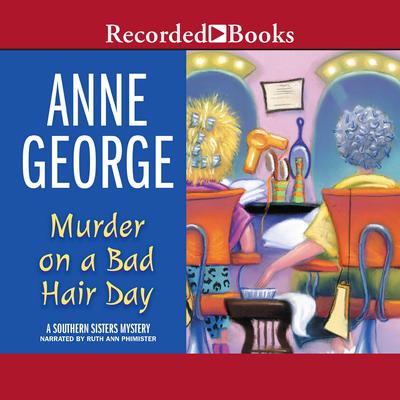 Murder on a Bad Hair Day

Anne George's delightful mysteries combine humor and suspense in equal measure. Patricia Anne and Mary Alice are "60-something" twin sisters who, after years of sibling rivalry, have discovered a mutual interest in folk art. However, Patricia Anne never dreamed that attending a gallery opening would land them in the middle of a murder investigation. Patricia Anne, a retired school teacher, is pleasantly surprised to see that Claire, a former student, is in charge of the show. The next day her surprise turns to shock when she hears that the gallery owner has died under suspicious circumstances, and she finds Claire huddled on her front porch. Claire claims to have narrowly survived an attack on her own life. But when the local art critic also dies mysteriously, Patricia Anne decides it's high time someone gets to the bottom of things. And she is just the person to do it. Ruth Ann Phimister's inspired reading captures all the good, clean fun of Murder On A Bad Hair Day while building the suspense to a fever pitch.