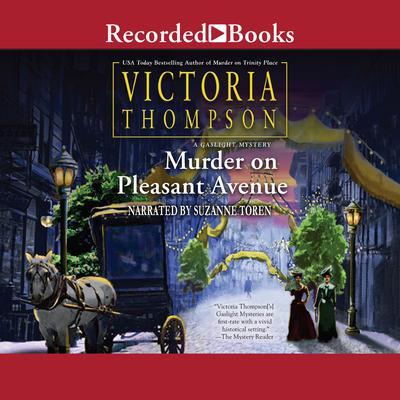 When midwife Sarah and detective Frank Malloys friend and new partner Gino Donatelli is accused of murder, Frank and Sarah must catch the killer to keep Gino alive, in this enthralling new novel in the USA Today bestselling Gaslight Mystery series. A young woman is missing in the upper Manhattan neighborhood called Italian Harlem, and everyone knows whos responsiblethe Black Hand, a notorious group known for terrorizing their own community with violence and kidnappings. Gino and Frank set out to learn more about the disreputable gang and soon find a lead: a saloon-owning gangster named Nunzio Esposito. Gino hates that a fellow immigrant would stoop so low and decides to confront his wayward countryman. But he quickly discovers the man cant be reasoned withbecause hes been murdered. The police have only one suspect: Gino Donatelli. Frank and Sarah know Gino is no killer, but someone has pulled out all the stops to make it look like he is guilty. They also must now face the Black Hand, who are honor bound to avenge the death of one of their own. With evidence mounting against their friend and a group of bad guys out for blood, Sarah and Frank race to unravel a treacherous plot before Ginos time runs out.

Victoria Thompson is the Edgar-nominated author of the popular Gaslight Mystery series. She has written more than twenty historical romances, including Fortune’s Lady, Murder on Bank Street, Sweet Texas Surrender, and many others. Thompson is a popular speaker and has given seminars to writers all over the country; she also teaches at Seton Hall University, where she earned her MFA. Thompson is the founder of Novelists, Inc., a national organization of published writers of popular fiction. She has also served on the board of directors of the Romance Writers of America and was cofounder of the New Jersey Romance Writers. She lives in central Pennsylvania.