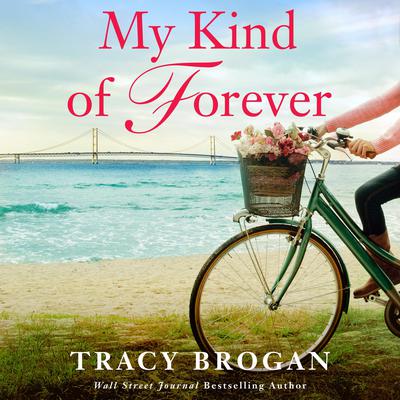 My Kind of Forever

As the youngest mayor Trillium Bay has ever elected, Brooke Callaghan wants to prove she’s up to the challenge. She’s stepping out of her practical teacher flats and into her sister’s treacherously high heels…with disastrous results. But if she’s going to (literally) stumble her first day on the job, why not fall into the arms of a handsome stranger?

Leo Walker is a rarity on Wenniway Island. Not only handsome, he’s also single, funny, and—most importantly—interested in Brooke. Unfortunately, his reasons for being on the island are temporary, so in spite of the undeniable chemistry between them, he’s not a forever kind of guy.

When a private investigator arrives with news of a jewel thief hiding on the island, Brooke finds herself dealing with one kerfuffle after another, and Leo proves to be a delicious distraction. What does she really know about him, though? And the biggest question of all? Does this short-term romance hold the possibility of long-term love?

Tracy Brogan read her first swashbuckling adventure at age sixteen, and knew right then she was destined to become a novelist. She now writes fun and breezy contemporary stories about ordinary people finding extraordinary love, and lush historical romance full of political intrigue, damsels causing distress, and the occasional man in a kilt. She is a Romance Writer of America® RITA Finalist for Best First Book and has twice been a finalist for the Golden Heart Award.