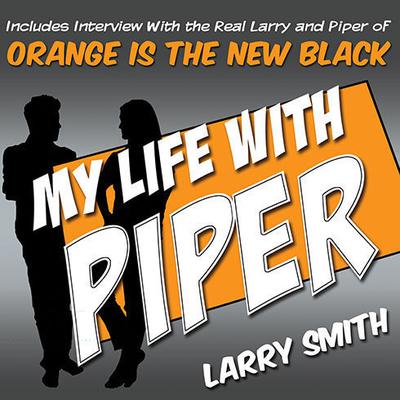 My Life With Piper: From Big House to Small Screen

Piper Kerman's bestselling memoir and hit show on Netflix has been one of the most remarkable pop culture phenomenons in years. Yet there's one side of the story that until now hasn't been told—the story of Larry Smith, the man who has stood by Piper through the worst of times. Orange Is the New Black is about many things: crime, punishment, a community of women who gave each other strength in the worst of times. But it is also a love story. Now, for the first time, the "real Larry" tells his side of the story with vivid color and unapologetic candor, taking us back to his first meeting with Piper, their unexpected courtship, the moment both of their lives changed forever, and the unexpected celebrity that came with having a version of their lives streamed to millions of people across the world as Orange Is the New Black captured the cultural zeitgeist. Includes an exclusive Larry and Piper interview and Larry's reaction to Jason Biggs being selected to portray him in Orange Is the New Black.

Larry Smith is the husband of Piper Kerman, the memoirist whose experience in prison is the basis for the hit television series Orange Is the New Black. He is an author, editor, and publisher of SMITH magazine.