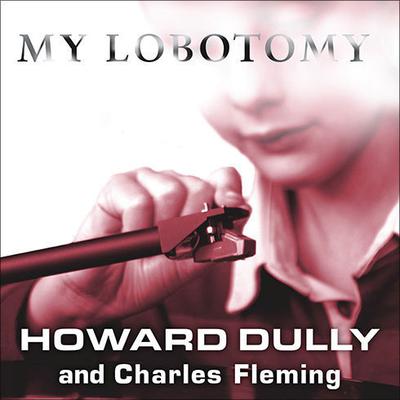 My Lobotomy: A Memoir

By Howard Dully and Charles Fleming
Read by Johnny Heller

A gut-wrenching memoir by a man who was lobotomized at the age of twelve. Assisted by journalist/novelist Charles Fleming, Howard Dully recounts a family tragedy whose Sophoclean proportions he could only sketch in his powerful 2005 broadcast on NPR's All Things Considered. "In 1960," he writes, "I was given a transorbital, or 'ice pick' lobotomy. My stepmother arranged it. My father agreed to it. Dr. Walter Freeman, the father of the American lobotomy, told me he was going to do some 'tests.' It took ten minutes and cost two hundred dollars." Fellow doctors called Freeman's technique barbaric: an ice pick–like instrument was inserted about three inches into each eye socket and twirled to sever connections from the frontal lobe to the rest of the brain. The procedure was intended to help curb a variety of psychoses by muting emotional responses, but sometimes it irreversibly reduced patients to a childlike state or (in 15 percent of the operations Freeman performed) killed them outright. Dully's ten-minute "test" did neither, but in some ways it had a far crueler result, since it didn't end the unruly behavior that had set his stepmother against him to begin with. "I spent the next forty years in and out of insane asylums, jails, and halfway houses," he tells us. "I was homeless, alcoholic, and drug-addicted. I was lost." From all accounts, there was no excuse for the lobotomy. Dully had never been "crazy," and his (not very) bad behavior sounds like the typical acting-up of a child in desperate need of affection. His stepmother responded with unrelenting abuse and neglect, and his father allowed her to demonize his son and never admitted his complicity in the lobotomy; Freeman capitalized on their monumental dysfunction. It's a tale of epic horror, and while Dully's courage in telling it inspires awe, listeners are left to speculate about what drove supposedly responsible adults to such unconscionable acts.

“The lobotomy, although terrible, was not the greatest injury done to him. His greatest misfortune, as his own testimony makes clear, was being raised by parents who could not give him love. The lobotomy, he writes, made him feel like a Frankenstein monster. But that’s not quite right. By the age of 12 he already felt that way. It’s this that makes My Lobotomy one of the saddest stories you’ll ever read.” —New York Times
The value of the book is in the indomitable spirit Dully displays throughout his grueling saga. —Chicago-Sun Times
“Dully’s tale is a heartbreakingly sad story of a life seriously, tragically interrupted. All Howard Dully wanted was to be normal. His entire life has been a search for normality. He did what he had to do to survive. This book is his legacy, and it is a powerful one.” —San Francisco Chronicle

Howard Dully was born in Oakland, California, the eldest son of Rodney and June Louise Pierce Dully. Neurologist Walter Freeman had diagnosed Dully as suffering from childhood schizophrenia since age 4, although numerous other medical and psychiatric professionals who had seen Dully did not detect a psychiatric disorder. In 1960, at 12 years of age, Dully was submitted by his father and stepmother for a trans-orbital lobotomy, performed by Freeman. During the procedure, a long, sharp instrument called a leucotome was inserted through each of Dully’s eye sockets 7 cm (2.75 inches) into his brain.

Dully took decades to recover from the surgery to the point where he could function in society; he was institutionalized for years as a juvenile (in Agnews State Hospital as a minor), transferred to Rancho Linda School in San Jose, CA (a school for children with behavior problems), incarcerated, and was eventually homeless and an alcoholic. After sobering up and getting a college degree in computer information systems, he became a California state certified behind-the-wheel instructor for a school bus company in San Jose, California.

In 2007, Dully published My Lobotomy, a memoir co-authored by Charles Fleming. The memoir relates Dully’s experiences as a child, the impact of the procedure on his life, his efforts as an adult to discover why the medically-unnecessary procedure was performed on him and the effect on his life.

Charles Fleming is the coauthor of the 2003 New York Times bestseller Three Weeks in October: The Manhunt for the Serial Sniper. He is the author of the 1998 Los Angeles Times bestseller High Concept: Don Simpson and the Hollywood Culture of Excess and the novels The Ivory Coast and After Havana. He is a veteran entertainment reporter and columnist for such publications as Newsweek, Variety, and Vanity Fair and an adjunct professor of journalism at the University of Southern California’s Annenberg School for Communication. He lives with his wife and their two daughters in Los Angeles.