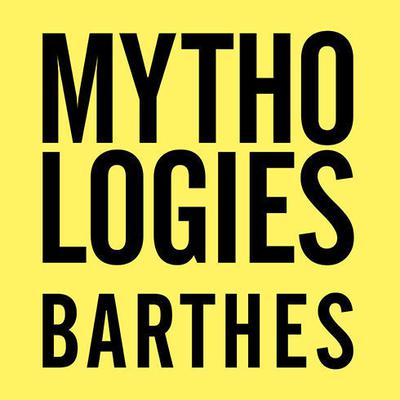 Mythologies: The Complete Edition, in a New Translation

What is astrology? Fiction for the bourgeoisie. The Tour de France? An epic. The brain of Einstein? Knowledge reduced to a formula. Like iconic images of movie stars or the rhetoric of politicians, they are fabricated. Once isolated from the events that gave birth to them, these "mythologies" appear for what they are: the ideology of mass culture. When Roland Barthes's groundbreaking Mythologies first appeared in English in 1972, it was immediately recognized as one of the most significant works in French theory—yet nearly half of the essays from the original work were missing. This new edition of Mythologies is the first complete, authoritative English version of the French classic. It includes the brilliant "Astrology," never published in English before. Mythologies is a lesson in clairvoyance. In a new century where the virtual dominates social interactions and advertisement defines popular culture, it is more relevant than ever.

[Mythologies] illustrates the beautiful generosity of Barthes's progressive interest in the meaning (his word is signification) of practically everything around him. —Edward W. Said
“John Lee provides superb narration…As a narrator, he is one of the most intriguing elements of this audiobook.” —Publishers Weekly Audio Review

Roland Barthes (1915–1980) was a French literary theorist, philosopher, and critic. He influenced the development of a variety of schools of thought, including structuralism, semiotics, existentialism, social theory, Marxism, and post-structuralism. His best-known works include Writing Degree Zero, The Pleasure of the Text, and Elements of Semiology.