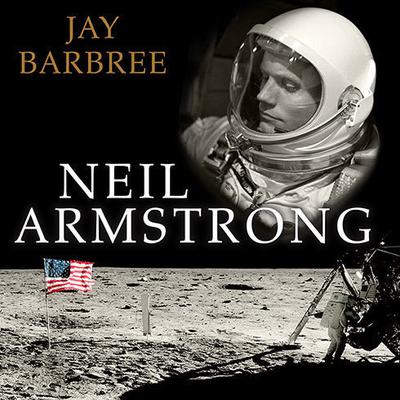 Neil Armstrong: A Life of Flight

Much has been written about Neil Armstrong, America's modern hero and history's most famous space traveler. Yet shy of fame and never one to steal the spotlight, Armstrong was always reluctant to discuss his personal side of events. Here for the first time is the definitive story of Neil's life of flight he shared for five decades with a trusted friend—Jay Barbree. Barbree writes about Neil's three passions—flight, family, and friends. This is the inside story of Neil Armstrong from the time he flew combat missions in the Korean War, to when he saved his Gemini 8 by flying the first emergency return from Earth orbit, to when he flew Apollo 11 to the moon's Sea of Tranquility. Through his friendship with Neil and his dedicated research, Barbree brings us the most accurate account of his friend's life, the book he and the famed astronaut planned together for twenty years.

Michael Prichard is his usual solid self, not adding false emotion to a story that is filled with excitement. At the same time, he varies his tone and pacing to keep the narrative flowing. —AudioFile
“Much of Barbree’s writing has a ‘you are there’ immediacy, because he was present for many of the book’s key events. During his more than half-century as space correspondent for NBC News, Barbree witnessed and reported on each and every launch of the US human space program. He is at his best when describing the visceral thrill of rocket flight, the lifeless majesty of the moon, and the visual splendor of Earth from space. These poetic passages are made all the more poignant by his close brush with becoming an astronaut, as a finalist in NASA’s failed-to-launch ‘Journalist in Space’ program.” —Washington Post
“An eye-opening and entertaining tale of the race to the moon.” —Publishers Weekly
“A wholly admiring assessment of Armstrong the aviator and Armstrong the man.” —Kirkus Reviews

Jay Barbree is in his fifty-fifth year with NBC News. He is the only reporter to have covered all 166 American astronaut flights and moon landings, and the only reporter to be awarded NASA’s highest medal for public service. He received an Emmy for his coverage of Neil Armstrong’s first walk on the moon, broke the cause of the Challenger accident on Tom Brokaw’s Nightly News, and he’s still on the job covering space for NBC’s five television networks while writing space stories for NBCnews.com. Barbree was also the lead writer for the New York Times bestseller Moon Shot with astronauts Alan Shepard, Deke Slayton, and Neil Armstrong.