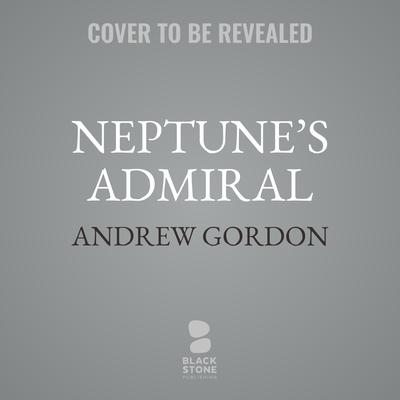 Neptune’s Admiral: The Life of Sir Bertram Ramsay, Commander of Dunkirk and D-Day

Admiral Bertram Ramsay may not be the most familiar World War II commander, but he was critical to the Allied victory. He orchestrated the dramatic evacuation of British expeditionary forces at Dunkirk, planned the invasions of North Africa and Sicily, and worked closely with General Dwight Eisenhower on Operation Neptune, the Allied landings on the beaches of Normandy.

In this magisterial biography, over a decade in the making, Andrew Gordon captures Ramsay’s complex, conflicted nature. Born into a family with a military heritage but little money, Ramsay joined the navy at fourteen. As a junior officer he developed the obsessive standards of discipline that would characterize his career, managing his ships more through regulation than charisma. He had frequent run-ins with his seniors, including a notorious dispute in 1935 with the Commander-in-Chief Home Fleet that forced his retirement. Brought back to service in August 1939, Ramsay would oversee operations in the English Channel, where his talent for logistics proved vital. Though Ramsay’s acerbic manner could generate friction, Eisenhower would later write that “not only was he outstanding as an able sailor and a wonderful teammate in this Allied Force, but he was my warm personal friend.” Gordon offers a penetrating study of command dynamics as he covers the key engagements of the war.

The first full-life biography of Ramsay in over sixty years and the most authoritative portrait we are ever likely to have, Neptune’s Admiral restores this great naval commander to his essential place in World War II history.

Andrew Gordon is a distinguished British naval historian, best known for his widely praised The Rules of the Game: Jutland and British Naval Command, chosen by General James Mattis as one of the thirty books every military leader should read. Gordon teaches at the Joint Services Command and Staff College of King’s College London, is a Fellow of the Royal Historical Society, and spent two years as Class of ’57 Distinguished Chair of Naval Heritage at the US Naval Academy.