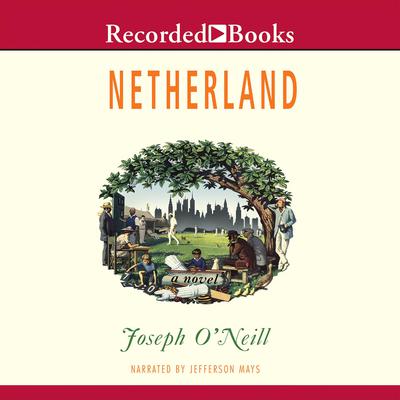 In a New York City made phantasmagorical by the events of 9/11, Hans-a banker originally from the Netherlands-finds himself marooned among the strange occupants of the Chelsea Hotel after his English wife and son return to London. Alone and untethered, feeling lost in the country he had come to regard as home, Hans stumbles upon the vibrant New York subculture of cricket, where he revisits his lost childhood and, thanks to a friendship with a charismatic and charming Trinidadian named Chuck Ramkissoon, begins to reconnect with his life and his adopted country. Ramkissoon, a Gatsby-like figure who is part idealist and part operator, introduces Hans to an "other" New York populated by immigrants and strivers of every race and nationality. Hans is alternately seduced and instructed by Chuck's particular brand of naivetE and chutzpah-by his ability to a hold fast to a sense of American and human possibility in which Hans has come to lose faith. Netherland gives us both a flawlessly drawn picture of a little-known New York and a story of much larger, and brilliantly achieved ambition: the grand strangeness and fading promise of 21st century America from an outsider's vantage point, and the complicated relationship between the American dream and the particular dreamers. Most immediately, though, it is the story of one man-of a marriage foundering and recuperating in its mystery and ordinariness, of the shallows and depths of male friendship, of mourning and memory. Joseph O'Neill's prose, in its conscientiousness and beauty, involves us utterly in the struggle for meaning that governs any single life.

Joseph O’Neill, a novelist and non-fiction writer, was born in Ireland. His novel Netherland was awarded the PEN/Faulkner Award for Fiction, and he has garnered numerous other nominations and accolades for his work. Additionally, O’Neill writes literary and cultural criticism, most regularly for the Atlantic Monthly. He practiced law for ten years in Ireland before moving to New York City, where he currently teaches at Bard College.