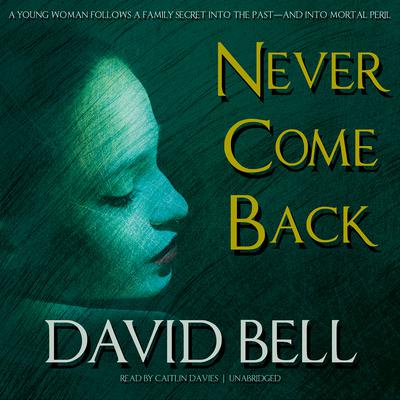 Elizabeth Hampton is consumed by grief when her mother dies unexpectedly. Leslie Hampton cared for Ronnie, Elizabeth's troubled brother with special needs, assuming Elizabeth would take him in when the time came. But Leslie's sudden death propels Elizabeth into a world of danger and double lives that undoes everything she thought she knew.

When police discover that Leslie was strangled, they immediately suspect that one of Ronnie's outbursts took a tragic turn. Elizabeth can't believe that her brother is capable of murder, but who else could have had a motive to kill their quiet, retired mother?

More questions arise when a stranger is named in Leslie's will: a woman also named Elizabeth. As the family's secrets unravel, a man from Leslie's past who claims to have all the answers arrives, but those answers might put Elizabeth and those she loves the most in mortal danger.

“In Bell’s thriller, Elizabeth Hampton confronts a fractured family history in the aftermath of her mother’s murder…An intriguing, layered psychological thriller. The chapters are short, flow easily into one another and carry their own twisted logic to a believable conclusion.” —Kirkus Reviews
“Despite working on a PhD in history, Elizabeth Hampton proves to be dangerously ignorant about her own—as the Dover, Ohio, grad student discovers after her widowed sixty-nine-year-old mother’s murder in this page-turner…Bell does a good job exposing the seaminess underlying seemingly placid smalltown life.” —Publishers Weekly