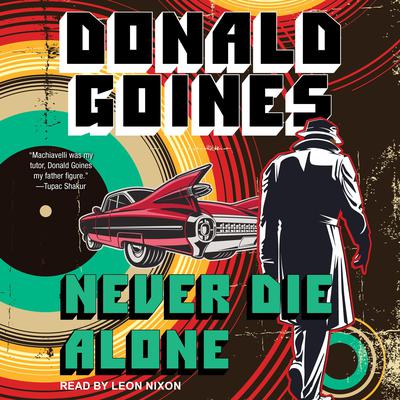 Donald Goines, one of the most prolific writers of the twentieth century, has influenced many of today's urban writers with his gritty, realistic look at the streets. Now, his classic expose of a drug dealer's brutal rise to the top of Cocaine Mountain is available for the first time in audio to attract new audiences, as well as long-time fans of the legend himself.

King David was determined to claw his way out of the mean streets of New York City any way he could. It didn't matter if that meant battering and robbing old people, conning the innocent, or even killing a kid's mother. Lacing cocaine with battery acid for revenge was acceptable too. Ultimately, it meant leaving town. Now King's made it big, and made his way back, flush with cash and a Cadillac. But he hasn't been forgotten—or forgiven. And when payback time hits, he's only got one wish—not to die alone.

Donald Goines (1936–1974) was a career criminal and addict who took up writing during one of his seven prison sentences. Between 1969 and 1974, he published sixteen novels, which are now recognized as almost unbearably authentic portraits of the roughest aspects of the black experience.