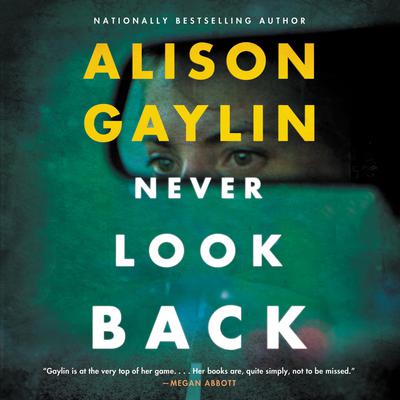 Never Look Back: A Novel

By Alison Gaylin
Read by Jorjeana Marie  and James Fouhey

Reminiscent of the bestsellers of Laura Lippman and Harlan Coben—with a Serial-esque podcast twist—an absorbing, addictive tale of psychological suspense from the author of the highly acclaimed and Edgar Award-nominated What Remains of Me and the USA Today bestselling and Shamus Award-winning Brenna Spector series.

For thirteen days in 1976, teenage murderers April Cooper and Gabriel LeRoy terrorized Southern California's Inland Empire, killing a dozen victims before perishing themselves in a fire... or did they? More than 40 years later, twentysomething podcast producer Quentin Garrison blames his troubled upbringing on the murders. And after a shocking message from a source, he has reason to believe April Cooper may still be alive. Meanwhile, New York City film columnist Robin Diamond is coping with rising doubts about her husband and terrifying threats from internet trolls. But that's nothing compared to the outrageous phone call she gets from Quentin... and a brutal home invasion that makes her question everything she ever believed in. Is Robin's beloved mother a mass murderer? Is there anyone she can trust?

Told through the eyes of those destroyed by the Inland Empire Killings—including Robin, Quentin, and a fifteen-year-old April Cooper—Never Look Back asks the question:

How well do we really know our parents, our partners—and ourselves?

“Gaylin is at the top of her game.” —Megan Abbott, Edgar Award–winning author

Alison Gaylin is the author of Into the Dark, the Shamus Award–winning And She Was, and the Edgar-nominated thriller Hide Your Eyes and its sequel, You Kill Me, as well as the stand-alone novels Trashed and Heartless. A graduate of Northwestern University and Columbia University’s Graduate School of Journalism, Alison lives with her husband and daughter in upstate New York.