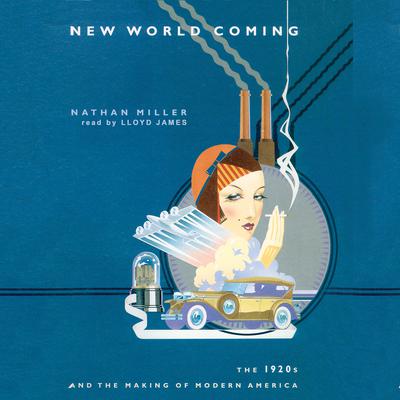 New World Coming: The 1920s and the Making of Modern America

Jazz, bootleggers, flappers, talkies, Model T Fords, Lindbergh's history-making flight over the Atlantic—the 1920s was also the decade of the hard-won vote for women, racial injustice, censorship, social conflict, and the birth of organized crime. With scandal and crime the lifeblood of the tabloids, it was the time when the culture of celebrity and sensationalism took root and journalism became popular entertainment.Nathan Miller has penned the ultimate introduction to the era.

Chronicling what he sees as the most significant decade of the past century, the author vividly portrays the 1920s, focusing on the men and women who shaped this extraordinary time, including three of America's most conservative presidents and H. L. Mencken.Written in extraordinarily accessible—and frequently witty—prose, New World Coming is destined to become the book we all turn to in order to recall one of the most beloved eras in American history.

“Capturing the text with excellent pace and occasional vocal characterizations, James’ reading is almost flawless.” —AudioFile
“An informative and entertaining encyclopedia of the times…Listeners can almost hear the toe tapping of the flappers to the music of the Charleston, the clatter of the Model-T’s, and the rattle of the gangsters’ machine guns.” —Kliatt
“[Lloyd James] comes off like someone who’s just heard a story he can’t wait to tell you, and his voice, shaded with melancholy, carries a wonderment that keeps the proceedings from being stodgy.” —Audiobookstoday.com

Nathan Miller is an award-winning journalist and the Pulitzer Prize–nominated author of twelve works of history and biography, including Theodore Roosevelt: A Life and FDR: An Intimate History. He lives in Washington, DC