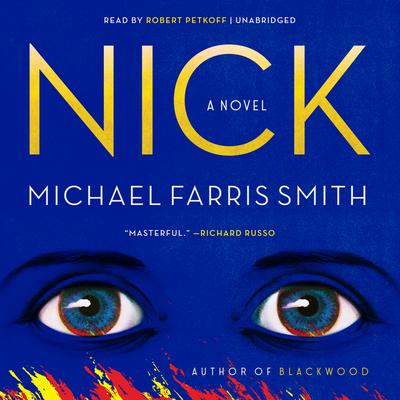 Before Nick Carraway moved to West Egg and into Gatsby's periphery, he was at the center of a very different story-one taking place along the trenches and deep within the tunnels of World War I. Floundering in the wake of the destruction he witnessed firsthand, Nick delays his return home, hoping to escape the questions he cannot answer about the horrors of war. Instead, he embarks on a transcontinental redemptive journey that takes him from a whirlwind Paris romance-doomed from the very beginning-to the dizzying frenzy of New Orleans, rife with its own flavor of debauchery and violence. An epic portrait of a truly singular era and a sweeping, romantic story of self-discovery, this rich and imaginative novel breathes new life into a character that many know but few have pondered deeply. Charged with enough alcohol, heartbreak, and profound yearning to paralyze even the heartiest of golden age scribes, Nick reveals the man behind the narrator who has captivated readers for decades.

Michael Farris Smith, the author of several books, is the recipient of the 2014 Mississippi Author Award and has been awarded the Mississippi Arts Commission Literary Arts Fellowship, the Transatlantic Review Award for Fiction, and the Alabama Arts Council Fellowship Award for Literature. His short fiction has twice been nominated for a Pushcart Prize, and his essays have appeared in the New York Times, Catfish Alley, Deep South Magazine, and more.