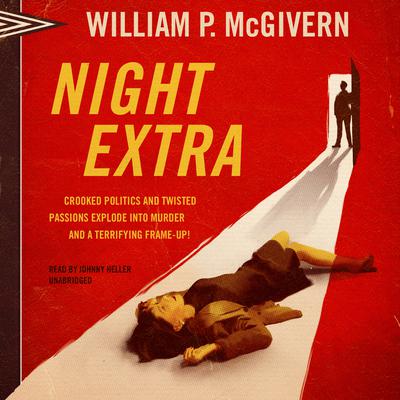 Crooked politics and twisted passions explode into murder and a terrifying frame-up!

A scream of terror shatters the quiet of the big city's swank residential section. When the police arrive at Richard Caldwell's house, they find him drunk and dazed, staring at the beautiful girl who lies dead at his feet. It looks like an out-and-out murder case—but is it? Reporter Sam Terrell thinks it is a frame-up and sets out to get the truth.

William P. McGivern (1919–1982), born in Chicago, grew up in Mobile, Alabama. After quitting high school, he started to write. He served in World War II and then studied in England before returning to the United States, where he worked as a police reporter for the Philadelphia Bulletin. After his first novels appeared in the 1940s, he received an Edgar Award from the Mystery Writers of America. In the 1960s he and his wife moved to Hollywood, where he wrote for film and television. Several of his books were made into motion pictures, including The Big Heat and Rogue Cop.