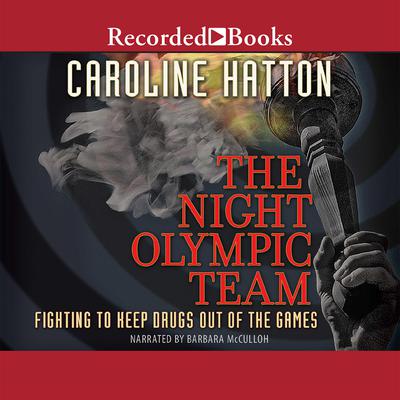 The Night Olympic Team: Fighting to Keep Drugs Out of the Game

A team of scientists works to expose athletes who use banned drugs to win Olympic medals. Here is the true, inside story of the UCLA Olympic Laboratory - the drug-detection team that tests athletes for banned performance-enhancing drugs. The scientists worked long nights to detect a new, never-before-tested performance-enhancing drug called NESP (novel erythropoietic stimulating protein) during the 19th Winter Olympics (2002) in Salt Lake City, Utah. The group's work exposed three NESP users among the winning cross-country skiers. The drug users were stripped of their medals, which were then given to the rightful winners.

“Fair-minded and kid-friendly…Teachers and young [listeners] …will appreciate Hatton’s personable manner and her keen perspective on this timely subject.” —School Library Journal
“Readers will certainly understand one of the more complicated subtexts of the upcoming Olympics much better.” —Kirkus Reviews

Caroline Hatton was born in Normandy to Vietnamese immigrants and raised in Paris. After earning a pharmacist degree from the University of Paris and a PhD in Chemistry from UCLA, she became the associate director of the UCLA Olympic Laboratory. Caroline’s multicultural novel, Vero and Phillippe, made the Los Angeles Times Children’s Bestsellers list. Her publications also include stories in Cricket and Highlights for Children. When Caroline is not writing she consults for sports organizations that fight drug abuse, translates science books from French into English, and visits schools to inspire children to enjoy the power of words.