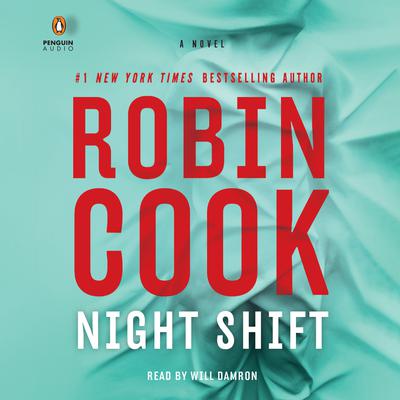 By Robin Cook
Read by Will Damron

In this exhilarating medical mystery-thriller by Robin Cook, fan favorites Jack and Laurie are lured into the dark underbelly of hospital dangers when an internist is murdered. Colleagues turned spouses Dr. Laurie Montgomery and Dr. Jack Stapleton already have their plates full with crazy work schedules and family pressures. The last thing they need is a murder. When Laurie’s longtime friend, by all accounts healthy Dr. Sue Passero, dies mysteriously in the hospital parking garage, an autopsy is required, which falls squarely under Laurie’s purview as newly appointed chief medical examiner. So when Laurie asks Jack to take special care with the case, he can hardly refuse. With his curiosity sparked by the mystery around Sue’s death, the indefatigable Jack, compelled to resolve the case at hand, sets out to investigate on-site at Manhattan Memorial Hospital, even though it means blatantly defying the Office of Chief Medical Examiner’s rules. What started out as an inquiry into Sue’s tragic passing soon turns into a deadly and dangerous chess game between Jack and the clever and deranged killer, who might just administer another lethal blow if Jack isn’t careful.

Robin Cook is a doctor and bestselling author who is credited with popularizing the medical thriller genre with his wildly successful first novel, Coma. His other titles include Death Benefit, Cure, Intervention, Foreign Body, and Critical, among others. He divides his time between New Hampshire and Florida.