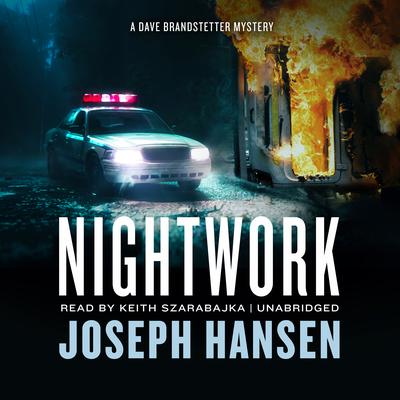 In a neighborhood plagued with violence, Dave Brandstetter uncovers a corporate crime.

Gifford Gardens has gone to hell: persistent flooding has reduced the neighborhood to a slum, a battleground for rival gangs. Anyone who can afford to leave has already pulled up stakes, and Paul and Angela Myers are among those who are left. To make ends meet, Paul takes on long-haul truck driving, which is as dangerous as it is lucrative, and it’s not long before the job gets him killed.

One night, Paul’s truck flies off a cliff and explodes in midair. Did he fall asleep at the wheel, or was he murdered? Keen-eyed insurance investigator Dave Brandstetter suspects a conspiracy. While digging into Paul’s past, Dave will uncover a connection between his untimely death and the happier years of Gifford Gardens.

“Characters with real stuffing in them.” —Ellery Queen, praise for the series
“Hansen is the most exciting and effective writer of the classic private-eye novel working today.” —Los Angeles Times, praise for the author

Joseph Hansen (1923–2004) was the author of more than twenty-five novels and was a renowned short-story writer. The winner of the 1992 Lifetime Achievement Award from the Private Eye Writers of America, he was also the author of A Smile in His Lifetime, Living Upstairs, Job’s Year, and Bohannon’s Country.