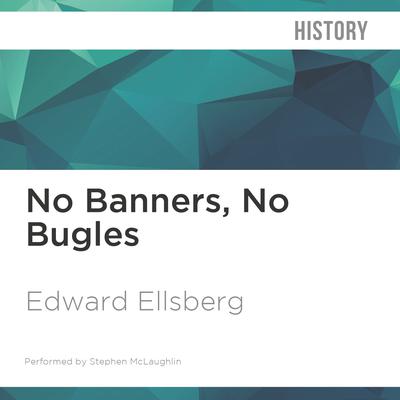 No Banners, No Bugles

The unheralded story of how salvage helped the Allies win back North Africa. By the time America joined World War II, Edward Ellsberg had already earned his place as one of the world’s great marine salvage engineers, and his best-selling accounts of raising doomed submarines and histories of classic diving operations had made him a literary star. With America’s entry into the war, Ellsberg returned to active duty with no easy assignment: clearing the vital port at Massawa, Eritrea, with no men, no equipment, and no budget.

No Banners, No Bugles picks up with Ellsberg stationed at Oran, Algeria, an important Mediterranean harbor as the Allies prepare for Operation Torch, the fight to reclaim North Africa from the Axis powers. Following his success at Massawa, Ellsberg must sort out the disorganized mess left by the Vichy French and find a way to open the port, though his flagging health proves to be a dangerous obstacle. As General Eisenhower’s chief of salvage in the Mediterranean, Ellsberg needs to clear harbors all across North Africa. No Banners, No Bugles is the riveting story of how Ellsberg the miracle worker tackled his greatest mission yet.