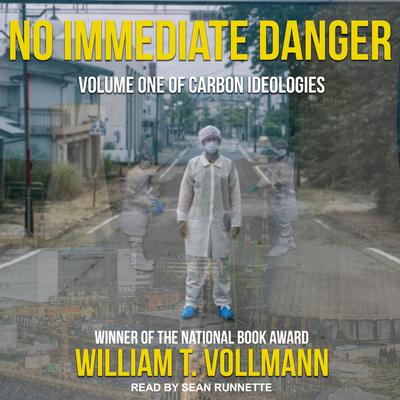 No Immediate Danger: Volume One of Carbon Ideologies

In his nonfiction, William T. Vollmann has won acclaim as a singular voice tackling some of the most important issues of our age. Now, Vollmann turns to a topic that will define the generations to come—the factors and human actions that have led to global warming. Vollmann begins No Immediate Danger, the first volume of Carbon Ideologies, by examining and quantifying the many causes of climate change, from industrial manufacturing and agricultural practices to fossil fuel extraction, economic demand for electric power, and the justifiable yearning of people all over the world to live in comfort. Turning to nuclear power first, Vollmann then recounts multiple visits that he made at significant personal risk over the course of seven years to the contaminated no-go zones and sad ghost towns of Fukushima, Japan, beginning shortly after the tsunami and reactor meltdowns of 2011. Equipped first only with a dosimeter and then with a scintillation counter, he measured radiation and interviewed tsunami victims, nuclear evacuees, anti-nuclear organizers, and pro-nuclear utility workers.

“Impeccably researched…Vollmann apologizes to the future that we’ve ruined, charting how our choices of energy sources made the planet scarcely inhabitable.” —Kirkus Reviews
“One of the few contemporary American writers who’s managed to say some new things in a truly original way.” —Boston Globe, praise for the author