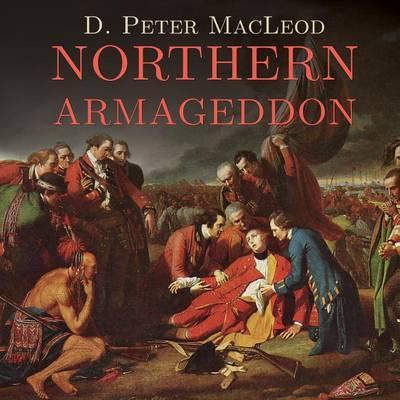 Northern Armageddon: The Battle of the Plains of Abraham and the Making of the American Revolution

A vivid re-telling of Canada's most important battle, based on decades of research and many dramatic eyewitness accounts. The Battle of the Plains of Abraham is one of the pivotal events in North American and global history. This clash between British general James Wolfe and French general Louis-Joseph de Montcalm on September 13, 1759, led to the British victory in the Seven Years' War in North America, which in turn led to the creation of Canada and the United States as we know them today. Rooted in original research, featuring quotations and images that have never appeared before, Northern Armageddon immerses the reader in the campaign, battle and siege through the eyes of dozens of participants, such as British sailor William Hunter, four Quebec residents enduring the bombing of their city and a teenage Huron warrior. Shifting from perspective to perspective, we move from the bombardment of Quebec to the field of combat, where Montcalm and Wolfe gave their orders but thousands of individual soldiers determined the outcome of the battle. In the final chapters, MacLeod traces the battle's impact on Canada, the United States, both countries' Aboriginals and the world, from 1759 into the twenty-first century.

D. Peter MacLeod is Director of Research at the Canadian War Museum. He is the author of The Canadian Iroquois and the Seven Years’ War. He lives in Ottawa, Ontario.