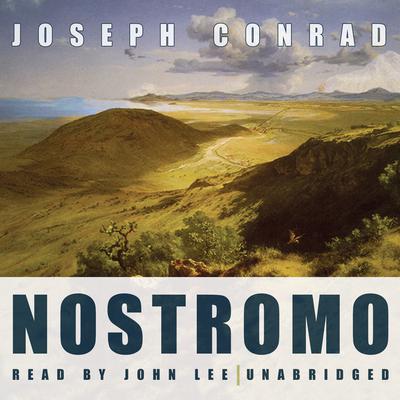 Joseph Conrad’s multilayered masterpiece tells of one nation’s violent revolution and one hero’s moral degeneration. Conrad convincingly invents an entire country, Costaguana, and sets it afire as warlords compete for power and a fortune in silver.

Señor Gould, adamant that his silver should not become spoil for his enemies, entrusts it to his faithful longshoreman, Nostromo, a local hero of sorts whom Señor Gould believes to be incorruptible. Nostromo accepts the mission as an opportunity to increase his own fame. But when his exploit fails to win him the rewards he had hoped for, he is consumed by a corrupting resentment.

Nostromo, relevant both as literature and as a brilliant social study, ambitiously brings to life Latin American history and the politics of an underdeveloped country.

“I’d rather have written Conrad’s Nostromo than any other novel.” —F. Scott Fitzgerald
“In Nostromo…Conrad has achieved something which is not in the power of any English contemporary novelist to touch…he accomplishes artistic feats beyond his rivals.” —Edward Garnett, The Speaker
“[An] involved, philosophical novel…With characteristic eloquence, Conrad has focused on the dramatic action of the revolution to explore challenging themes: capitalism, imperialism, revolution, and social justice.” —Library Journal
“Most certainly…one of the great novels of the language.” —F. R. Leavis, literary critic
“Often praised as one of Joseph Conrad’s greatest novels, Nostromo tells the tumultuous history of the fictional country Costaguana. Conrad’s ‘perfectly incorruptible’ Nostromo, a heroic symbol within the community, eventually reveals the novel’s dark irony. British actor John Lee approaches his narration with a steady tone and expert attention to the text. What is especially masterful in Lee’s reading is his array of accents for Conrad’s collage of characters—from the English and Italian transplants to the passionate native inhabitants. All are wonderfully portrayed by Lee, especially the polyglot Decoud, a Europeanized Costaguaneran whose accent fluctuates between French and Spanish. Lee takes Conrad’s dense and descriptive language in hand to produce an epic listening experience.” —AudioFile