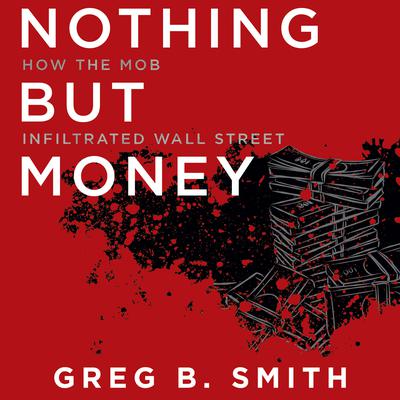 Nothing but Money: How the Mob Infiltrated Wall Street

By Greg B. Smith
Read by Peter Berkrot

Forced out of the work-hard, play-hard world of Wall Street following the Crash of ’87, financial analyst Cary Cimino was determined to maintain his lifestyle of luxury and ease. Under the guidance of dubious businessman Jeffrey Pokross, Cimino embarked on an illegitimate underground career as a “financial adviser” to naïve investors.

Cimino’s small-time operation soon spiraled into a large-scale crime ring when he and Pokross were reunited and met with Mafia wiseguy Robert Lino. Together, and with the support of organized crime families, the three men devised a high-risk, high-return scheme to extort millions of dollars from a bevy of unsuspecting stockbrokers and investors—all in the name of the Mob.

This is the uncut, untold story of one of the most elaborate conspiracies to rock Wall Street’s rigid foundation—a story centered around the Mafia, murder, and a load of money.