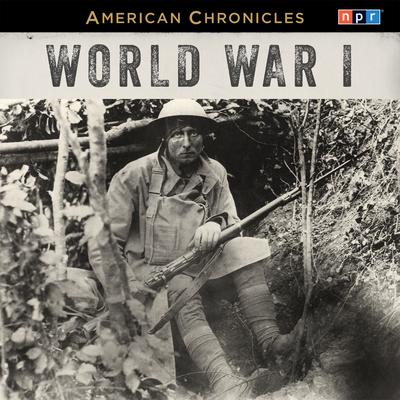 Famously referred to by US president Woodrow Wilson as “the war to end all wars,” the first world war eclipsed all previous wars with its scale of destruction. With over twenty-seven nations involved, the battle-field horrors and political outcomes of the first truly global military conflict had repercussions that are still felt today.

“NPR is marking this year’s 100th anniversary of the beginning of WWI by releasing this riveting compilation of audio documentary pieces about this incredibly wasteful war, which cost millions of lives and arguably resulted in WWII. The production embodies the standards of professional broadcasting, and the reporters/narrators are highly skilled. While those are two big pluses, the big draw here is the content. The short pieces, featuring historians, authors, and veterans, are interesting enough as stand-alone stories. Together, they make a fascinating WWI primer. There are many new books coming out to mark the centennial of the Great War—this is one not to miss.” —AudioFile