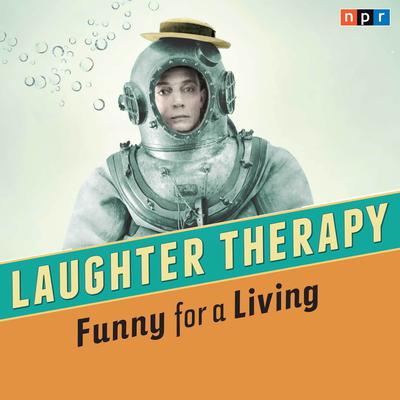 By NPR
Presented by Ophira Eisenberg

This extended session of Laughter Therapy explores the history of all things funny, presenting a cornucopia of comedy from the pioneers of vaudeville and the silent film era, to the wildly creative innovators that transformed television in the 1950s, 1960s and 1970s, to the modern practitioners that continue to bend the boundaries of comedy today. Chronically serious? Prepare to be cured by this collection of revealing profiles and interviews with some of the funniest personalities ever. Featuring

“This radio program offers an audio history of comedians from yesteryear to the present day, through a series of interviews by various NPR reporters. The production is tied together by host Ophira Eisenberg, who creates a smooth transition between each interview. The program is dryly humorous, mainly talking about the inner workings of the comedians’ comedy, with a few short sound clips of their acts interspersed. The history begins in the 1950s, with interviews of authors who wrote about such comedians as Charlie Chaplin and Groucho Marx. The later interviews with actual comedians, such as Carl Reiner and Jim Gaffigan, are more engaging. Some of the comedians listed as being featured actually give only a single comment about another comic.” —AudioFile