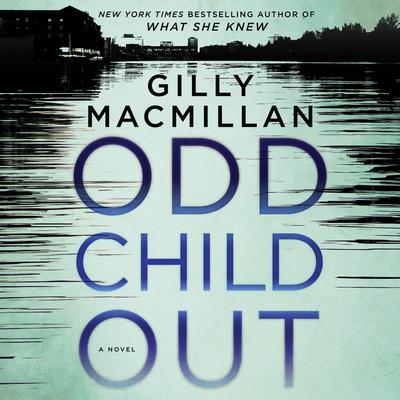 Odd Child Out: A Novel

How well do you know the people you love…?

Best friends Noah Sadler and Abdi Mahad have always been inseparable.  But when Noah is found floating unconscious in Bristol's Feeder Canal, Abdi can't--or won't--tell anyone what happened.

Just back from a mandatory leave following his last case, Detective Jim Clemo is now assigned to look into this unfortunate accident.  But tragedy strikes and what looked like the simple case of a prank gone wrong soon ignites into a public battle.  Noah is British.  Abdi is a Somali refugee.   And social tensions have been rising rapidly in Bristol.  Against this background of fear and fury two families fight for their sons and for the truth.  Neither of them know how far they will have to go, what demons they will have to face, what pain they will have to suffer.

Because the truth hurts.

“A hugely satisfying and thrilling read. Highly recommended!” —Shari Lapena, New York Times bestselling author
“Literary suspense at its finest.” —Mary Kubica, New York Times bestselling author
“A fascinating book focusing on the aftermath of the Somalian concentration camps and the effect it held on those who were involved…The characterizations are vivid and come alive on the page.” —RT Book Reviews (4 stars)
“With characters who are sympathetic and believable, Macmillan’s latest will keep readers in suspense to the very end. Highly recommended.” —Library Journal (starred review)
“Engrossing…Both Noah’s and Abdi’s families are forced to confront emotions and secrets buried over the years. The action builds to a shattering conclusion.” —Publishers Weekly
“[A] gripping look at grief, friendship, and class divides…This mix of police procedural and thriller will satisfy fans of the author’s previous work as well as those looking for something after Tana French.” —Booklist

Gilly Macmillan grew up in Swindon, Wiltshire, and studied history of art at Bristol University and then at the Courtauld Institute of Art in London. She worked at the Burlington Magazine and the Hayward Gallery before starting a family. Gilly lives in Bristol, England with her husband and three children and now writes full time.