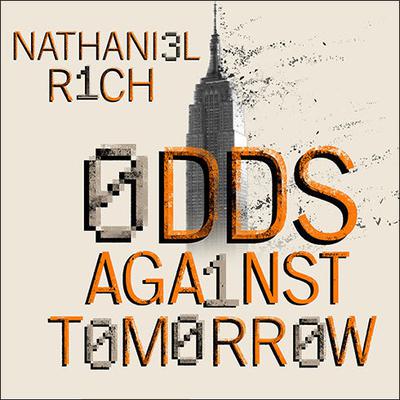 New York City, the near future: Mitchell Zukor, a gifted young mathematician, is hired by a mysterious new financial consulting firm, FutureWorld. The business operates out of an empty office in the Empire State Building; Mitchell is employee number two. He is asked to calculate worst-case scenarios in the most intricate detail, and his schemes are sold to corporations to indemnify them against any future disasters. This is the cutting edge of corporate irresponsibility, and business is booming. As Mitchell immerses himself in the mathematics of catastrophe—ecological collapse, war games, natural disasters—he becomes obsessed by a culture's fears. Yet he also loses touch with his last connection to reality: Elsa Bruner, a friend with her own apocalyptic secret, who has started a commune in Maine. Then, just as Mitchell's predictions reach a nightmarish crescendo, an actual worst-case scenario overtakes Manhattan. Mitchell realizes he is uniquely prepared to profit. But at what cost? At once an all-too-plausible literary thriller, an unexpected love story, and a philosophically searching inquiry into the nature of fear, Nathaniel Rich's Odds Against Tomorrow poses the ultimate questions of imagination and civilization. The future is not quite what it used to be.

Nathaniel Rich is the author of the nonfiction work Losing Earth as well as the novels King Zeno, Odds against Tomorrow, and The Mayor’s Tongue. He is a writer at large for the New York Times Magazine and a regular contributor to the Atlantic and the New York Review of Books.