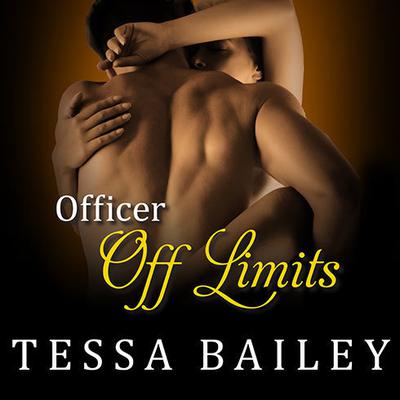 The Line of Duty Series

Story Brooks's fiancé just called off their wedding two weeks before the happy day. As if that isn't bad enough, her semi-estranged father, an infamous NYPD hostage negotiator, has suffered a heart attack. Not wanting to examine her lack of emotion over the broken engagement, she hops on a plane to reconnect with her father before it's too late. Playboy hostage negotiator Daniel Chase has never been refused by a woman. So when a debate over hospital snack foods with a delectable kindergarten teacher ends in flat-out rejection, he makes it his mission to seduce her. His only obstacle? She's the daughter of his mentor, who implicitly forbade Daniel from pursuing her. Despite her father's warnings and Daniel's troubled past, Daniel and Story can't resist their intense attraction to one another. But when the reason for her fiancé's abrupt wedding cancellation comes to light, can Story and Daniel's already forbidden relationship survive?

Tessa Bailey is a New York Times and USA Today bestselling author originally from Carlsbad, California. Her most valuable life experiences were learned while waitressing at K-Dees, a Manhattan pub owned by her uncle. Inside those four walls, she met her husband, best friend, and discovered the magic of classic rock, managing to put herself through Kingsborough Community College and the English program at Pace University at the same time. Several stunted attempts to enter the work force as a journalist followed, but romance writing continued to demand her attention.