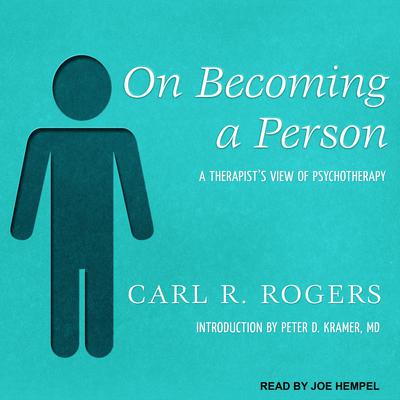 On Becoming a Person: A Therapist's View of Psychotherapy

The late Carl Rogers, founder of the humanistic psychology movement, revolutionized psychotherapy with his concept of "client-centered therapy." His influence has spanned decades, but that influence has become so much a part of mainstream psychology that the ingenious nature of his work has almost been forgotten.

With a new introduction by Peter Kramer, this landmark book is a classic in its field and a must-listen for anyone interested in clinical psychology or personal growth.

Deeply insightful . . . Roger's phenomenal text - On Becoming a Person - has highlighted to me the importance of the relationship between counselor and client within the person-centered approach. —Health Psychology Consultancy

Carl R. Rogers (1902-1987) was one of the most influential psychologists in American history. He received many honors, including the first Distinguished Professsional Contributor Award and the Distinguished Scientific Contribution Award of the American Psychological Association.