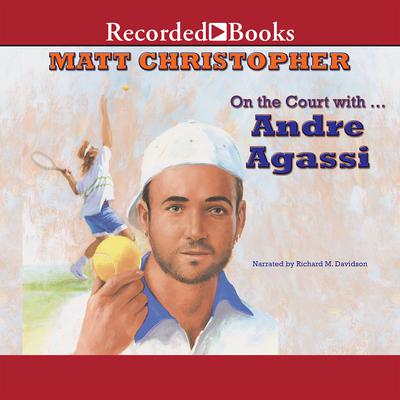 On the Court With... Andre Agassi

Andre Agassi, a Wimbledon champion, is one of the top tennis players in the world. After winning the U.S., Australian, and Canadian Opens, Agassi went on to capture an Olympic gold medal in 1996. Notorious for his outrageous clothes, quick temper, and aggressive backhand, Agassi quickly earned a reputation as the bad boy of the tennis world. As a sports superstar, he has shown amazing determination. But Agassi is also a sensitive person who gives much to charity, and a deeply religious man who speaks out against drug and alcohol abuse. In On the Court with . Andre Agassi, popular sports writer Matt Christopher provides an inside look at this remarkable young athlete's life. From Agassi's childhood and rigorous early training through the ups and downs of his path to international tennis acclaim, this biography will inspire all young sports fans.