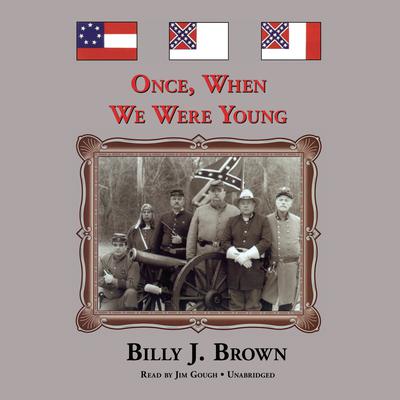 Once, When We Were Young

Once, When We Were Young is the stirring story of a young Texan and his two friends who get caught up in the pre–Civil War excitement. From the formation of local military units to the great battles that decided the outcome of the war, Will’s story is told in first person narrative, combining a fascinating, well-researched sense of history with a real feel of Texas pride and honor.

The three boys join the Texas State Militia in 1860, and at the time of the secession they enlist in the last battle of the conflict. Traveling and fighting for their southern homeland for four arduous years, they suffer hunger and fatigue, watching many of their comrades die at both the hands of nature and of their enemies. But times of joy slip in as well, during marriages and hurried leaves home to see loved ones.

Billy J. Brown served in the US Army, Tennessee State Guard, and United States Service Command. He has worked as a waiter, police officer, ironworker, truck driver, and actor, with appearances in over fourteen movies. He currently resides in Nashville, Tennessee, and continues to act in film and write while serving as the Brigade Commander of the Fifty-Fifth Material and Service Support Brigade.