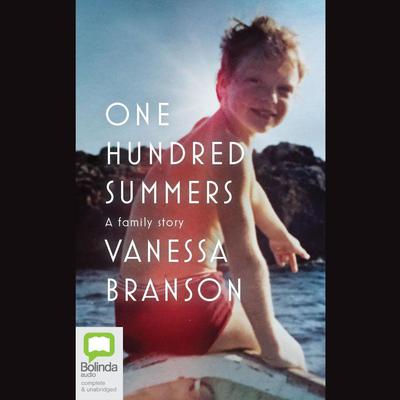 One Hundred Summers: A Family Story

Taking the listener on a journey from the dying embers of Edwardian England, through the trauma of two world wars, the hedonism of London in the 1980s and 'Cool Britannia' in the 1990s right up to the present day, One Hundred Summers is a portrait of a century as it was experienced by one extraordinary family.

Along the way, Vanessa Branson recalls the rough and tumble of her chaotic but happy post-war childhood; growing up alongside her older brother Richard, who was entrepreneurial even as a teenager, she would have a front-row seat at the birth of Virgin, one of the most remarkable success stories in British business. She goes on to share her many adventures in a fascinating life, from opening an art gallery on London's Portobello Road and founding an arts festival in Morocco, to turning an ancient palace into a world-famous hotel and finding a real-life Neverland in the Scottish island of Eilean Shona, where J. M. Barrie once wrote a screenplay for Peter Pan.

Touching, humane and at times heartbreakingly honest, Branson's family memoir is a vivid and charming tapestry of English eccentricity, fortune, fate and passion.