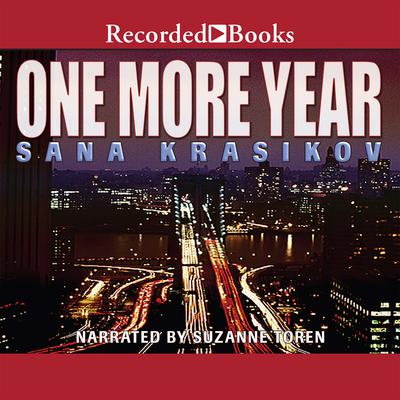 An Indie Next Notable Title, September 2008

Sana Krasikov's short story collection has won widespread accolades and earmarked the author as a writer of immense promise. In these affecting tales, Russian and Georgian immigrants find love and fear in their new homeland. "In her stunning short story debut, Krasikov hones in on the subtleties of hope and despair that writhe in the hearts of her protagonists."-Publishers Weekly, starred review

“A brilliant new writers whose characters are gloriously brought to life with humor, sympathy, and unexpected tenderness.” —Khaled Hosseini, author of The Kite Runner
“Krasikov’s memorable character emerge, fully formed and breathing on their own, from a deep, clear pool of seemingly effortless language, a knowing and incisive but empathetic sensibility. There stories are original, resplendent, and brilliant.” —Kate Christensen, New York Times bestselling author of The Great Man
“Krasikov’s cast of exiles, refugees, and repatriates are also, more fundamentally, people moving in and out of love—or what passes for it. She has written a sensitive book about the economics of relationships: how they can become subtle transactions by people trying to pull off the trick of occupying more than one place and more than one time.” —New York Times Book Review
“[A] stunning debut collection.” —O, The Oprah Magazine
“Krasikov’s clear eye and economy of expression serve her purpose well, conveying whole lifetimes of grief and ambition in a few words. America—a country in the grip of a ‘fantasy of itself,’ as she puts it—needs more writers like her.” —Guardian (London)
“Extraordinary…It is one thing (often a writer’s self-flattery) to present characters in complex distress as if they were specimens. It’s something else to stand alongside them, not with sentiment but with humility, with a kind of emotional and spiritual solidarity. Krasikov achieves this, and we’re larger for it.” —San Francisco Chronicle
“Shrewdly humane and formally exquisite…Krasikov is as good as Junot Díaz and Jhumpa Lahiri.” —Miami Herald
“With great tenderness Krasikov reminds us that the immigrant cannot leave their personality, or their family, behind when they leave the old country. I can’t think when I’ve read a writer who has more effectively and subtly portrayed the relief and torture that the age of the cheap intercontinental phone call has brought. In Krasikov’s hands, even committing to love and be loved can be an act of emigration.” —James Meek, author of The People’s Act of Love

Sana Krasikov’s debut short story collection, One More Year, released in 2008, first drew critical raves for its exploration of the lives of Russian and Georgian immigrants who had settled in the United States. It was later named a finalist for the 2009 PEN/Hemingway Award and The New York Public Library’s Young Lions Fiction Award, received a National Book Foundation’s “5 under 35” Award, and won the 2009 Sami Rohr Prize for Jewish Literature. In these stories, which appeared first in the New Yorker, Atlantic, and other magazines, one catches a glimpse of the new genuinely twenty-first century moment that followed the collapse of the Soviet Union. Krasikov was born in the Ukraine and grew up in the former Soviet Republic of Georgia and New York.