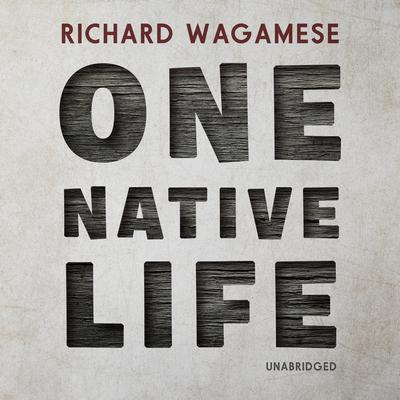 One Native Life is a look back down the road Richard Wagamese has traveled—from childhood abuse to adult alcoholism—in reclaiming his identity. It’s about what he has learned as a human being, a man, and an Ojibway in his fifty-two years on Earth.

Whether he’s writing about playing baseball, running away with the circus, making bannock, or attending a sacred bundle ceremony, these are stories told in a healing spirit. Through them, Wagamese shows listeners how to appreciate life for the journey it is.

“[Wagamese’s] memoir is an insightful look at his search for his roots and the traditions binding him not only to his people but the ‘great, grand circle’ of humanity.” —Booklist

Richard Wagamese (1955–2017) was one of Canada’s foremost writers. An Ojibway from the Wabaseemoong First Nation in northwestern Ontario, he is recognized as one of Canada’s foremost authors and storytellers. He wrote seventeen books, including the national bestsellers Embers: One Ojibway’s Meditations and Indian Horse, the People’s Choice winner in the 2013 Canada Reads competition. He was also the author of acclaimed memoirs, including For Joshua, the bestselling One Native Life, and One Story, One Song, which won the George Ryga Award for Social Awareness in Literature. He was awarded an honorary doctorate of letters from both Thompson Rivers University and Lakehead University. As well as being an author, he was a newspaper columnist and reporter, radio and television broadcaster and producer, and documentary producer.