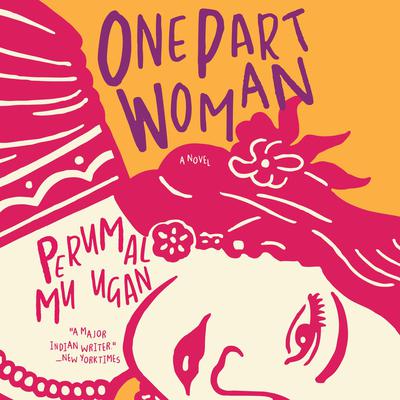 Longlisted for the National Book Award in Translated Literature

A Vanity Fair Magazine Pick of Best Books of Fall

Longlisted for the 2018 National Book Award for Translated Literature

Selling over 100,000 copies in India, where it was published first in the original Tamil and then in a celebrated translation by Penguin India, Perumal Murugan’s One Part Woman has become a cult phenomenon in the subcontinent, captivating Indian readers and jump-starting conversations about caste and female empowerment. Set in South India during the British colonial period but with powerful resonance to the present day, One Part Woman tells the story of a couple, Kali and Ponna, who are unable to conceive, much to the concern of their families—and the crowing amusement of Kali’s male friends. Kali and Ponna try anything to have a child, including making offerings at different temples, atoning for past misdeeds of dead family members, and even circumambulating a mountain supposed to cure barren women, but all to no avail.

A more radical plan is required, and the annual chariot festival, a celebration of the god Maadhorubaagan, who is one part woman, one part man, may provide the answer. On the eighteenth night of the festival, the festivities culminate in a carnival, and on that night the rules of marriage are suspended, and consensual sex between any man and woman is permitted. The festival may be the solution to Kali and Ponna’s problem, but it soon threatens to drive the couple apart as much as to bring them together. Wryly amusing, fable-like, and deeply poignant, One Part Woman is a powerful exploration of a loving marriage strained by the expectations of others, and an attack on the rigid rules of caste and tradition that continue to constrict opportunity and happiness today.

“In simple yet lyrical prose, Murugan shows how their standing in the world depends on offspring…The novel considers the constraints of tradition and beautifully articulates the couple’s intense connection, even without a child.” —New Yorker
“Adds a new perspective to the still taboo subject of conception and explores the intricacies of parenthood as well as the pressures of tradition and stigma.” —Vanity Fair
“Murugan’s descriptions of village life are evocative, but the true pleasure of this book lies in his adept explorations of male and female relationships, and in his unmistakable affection for people who find themselves pitted against the world.” —New York Times Book Review
“Beautiful…Murugan’s touching, harrowing love story captures the toll that infertility has on a marriage in a world where having a child is the greatest measure of one’s worth.” —Publishers Weekly (starred review)