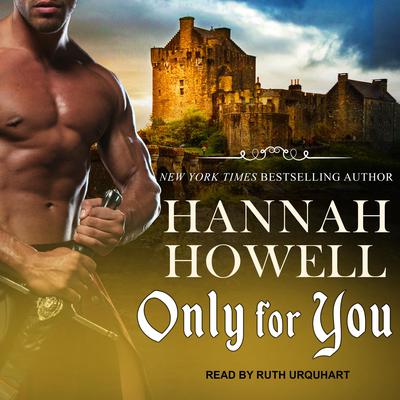 Hannah Howell spins lush, romantic stories that sparkle with intrigue and passion. Now, she gives us her most exciting novel yet: a medieval tale set on the untamed Scottish border, where a man and a woman risk their hearts on the stormy battlefield of love.

As wild as the rugged north country where she was raised, Saxan Honey Todd has sworn to avenge the murder of her twin brother. Recklessly, she gallops across the English countryside in pursuit of the man she believes to be his murderer: Botolf, Earl of Regenford.

As hard and unyielding as the armor he wears in battle, Botolf is irresistibly drawn to the impetuous beauty who has come to wage war with him. Saxan stirs his passion to the point of madness . . . but to love her would be madness indeed.

Now, as a desperate enemy stalks him and the greensward runs with innocent blood, Botolf brings Saxan to his castle . . . as his bride. But Saxan needs more: to fight by Botolf's side and triumph over the danger that surrounds them—as the beloved mistress of his very heart and soul.

Hannah Howell is the New York Times bestselling author of over forty historical romance novels, including the Highland Brides series and the Wherlocke series. A two-time recipient of the Golden Leaf Award, she has been a RITA Award finalist and has garnered several awards from Romantic Times magazine.